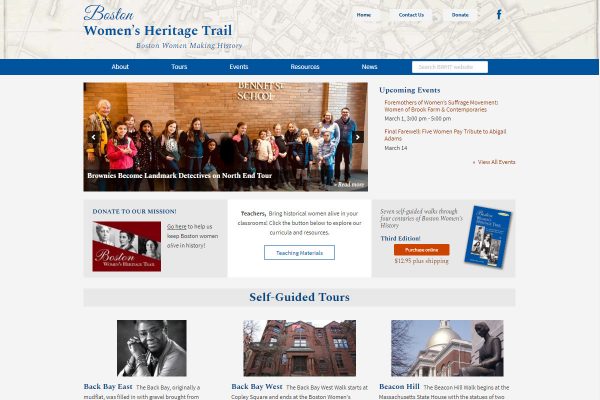 The Boston Women’s Heritage Trail first came to Tech-Tamer in 2012 asking for help updating an existing WordPress site that had been untended for several years. That refresh lasted until 2018, when the organization decided to prioritize a full site redesign. Since the site’s primary function is to offer walking trails, the group was well aware of the need to be usable on phones, but initially relied on a “mobile app” service to create a separate mobile version of the site. As that solution became less satisfactory, the group approached Tech-Tamer to do a complete site overhaul in 2018.